A performance by Koreja 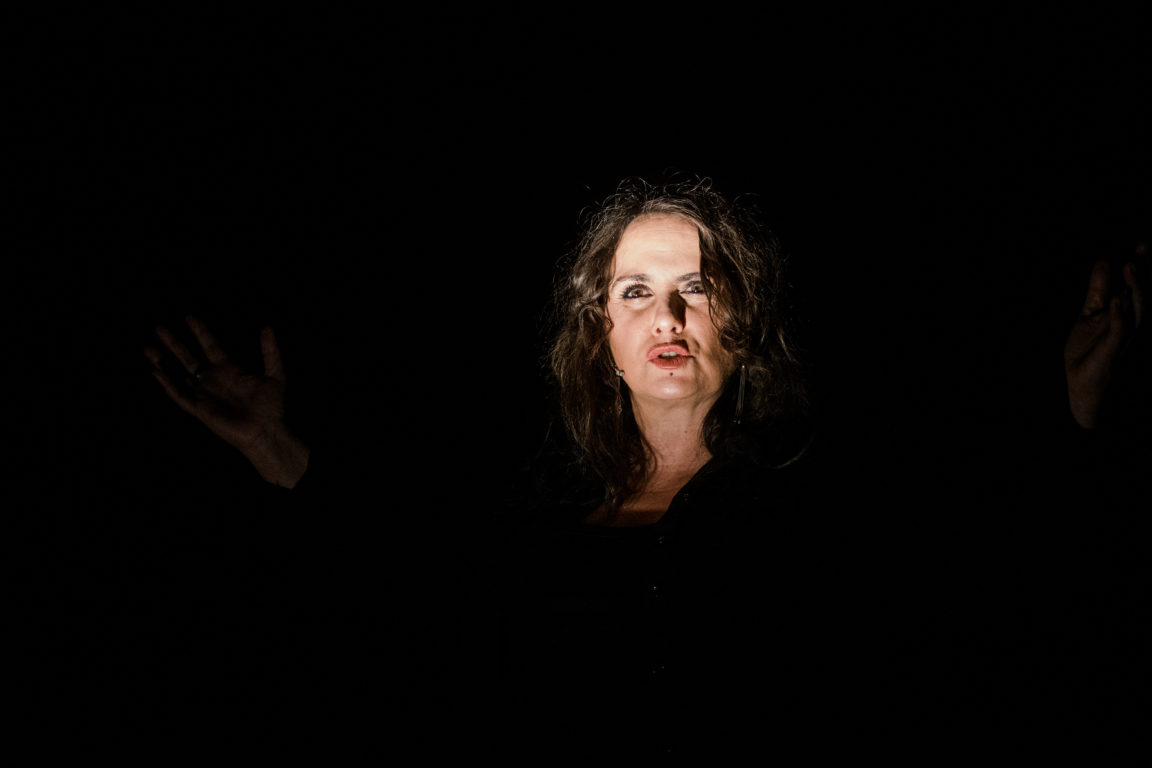 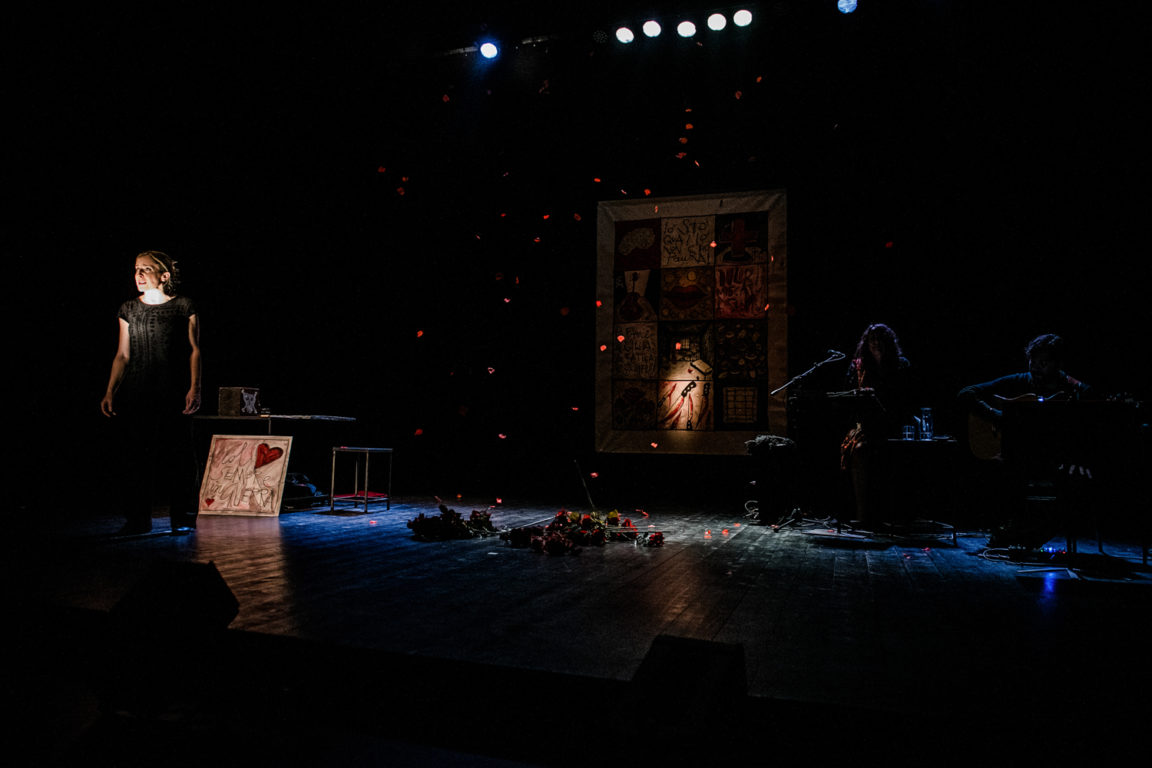 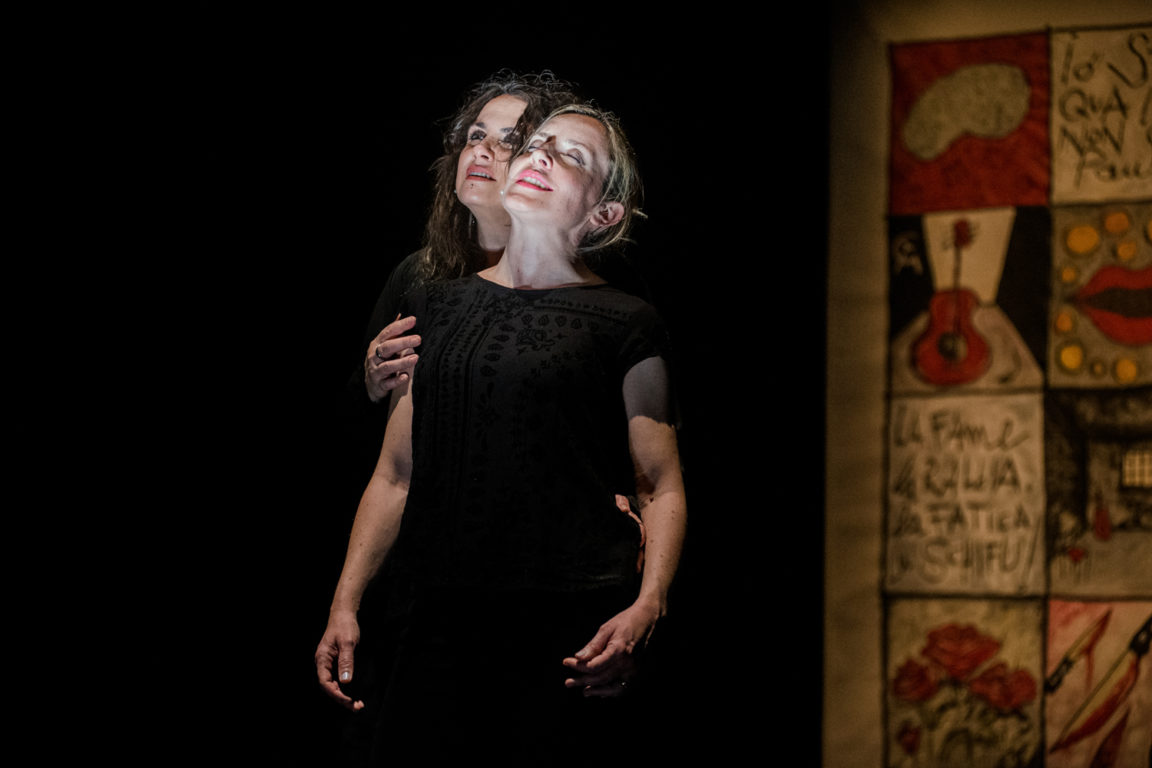 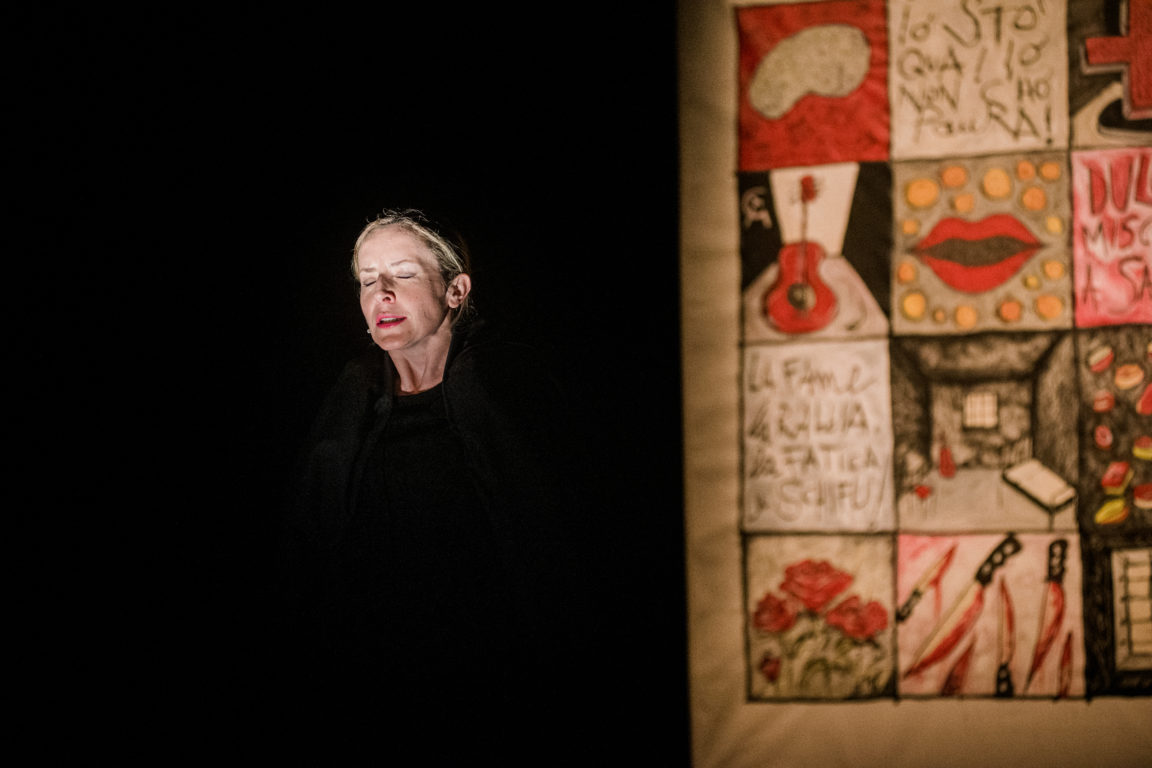 A rose, a woman, and a voice from which the story breaks in and rewinds the mild tape of her intense and dramatic life through music and language. An artist with a strong voice who has to bear the burden of being a suffering, resilient woman saved by her own voice, a southern woman. Rosa. Roses. Bodies. Voices tell about the Sicilian sing- songwriter and storyteller’s biography and narrate at the same time other women’s stories at different latitudes, who succeeded in emancipating themselves from sorrow, misery and the most brutal aspects of the existence thanks to their sung, written and told voice. Singing is considered here as a battlefield, where violence and abuses are torn apart; singing leads to release and redeems the outcasts on earth. A powerful singing that makes itself a tell
full of passion and participation. A closed narration that, step by step, starts from sorrow to break into the thirst for rebirth, into the desire of innocence and of a pure love act. As pure as a rose.