The age of oil and stone 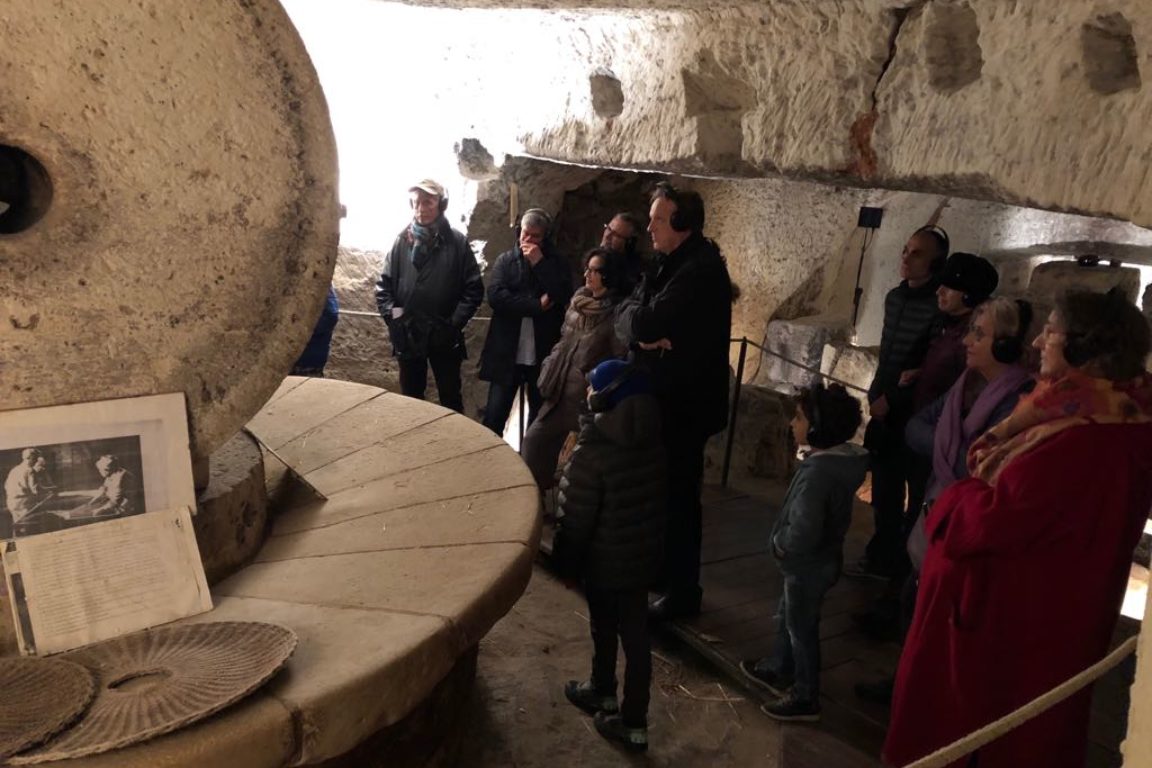 The performance aims to make visitors discover the technological, architectural, symbolic and historical aspects of the underground oil mills of Salento. At the entrance each visitor is given a wireless headphone to listen to sound reconstructions of the activity that took place in the mill, accompanied by music and narrative voices. Visitors can hear the trappetari, the workers part of the crew of the trappeto, speak ; the voice of the “nachiro”, aka the chief of the crew, the helmsman leading
the navigation in the sea of oil; voice is given also to barons, marquises, architects and health inspectors. An actor, who plays the role of the apprentice, entrusted to the youngest person working in the mill, leads the
dialogues between all these voices and guide the visitors. The performance is an innovative way to enjoy spaces linked to the tradition. The visitor / spectator is no longer a mere observer but participates in a sensory experience in a sort of altered reality of the interaction between
the place, the actor and the sounds in the headphones. At the end of the visit it is possible to taste the oil of the territory in collaboration with local producers. The performance is for limited groups of visitors / spectators and can be presented several times throughout the day.