a performance by Koreja 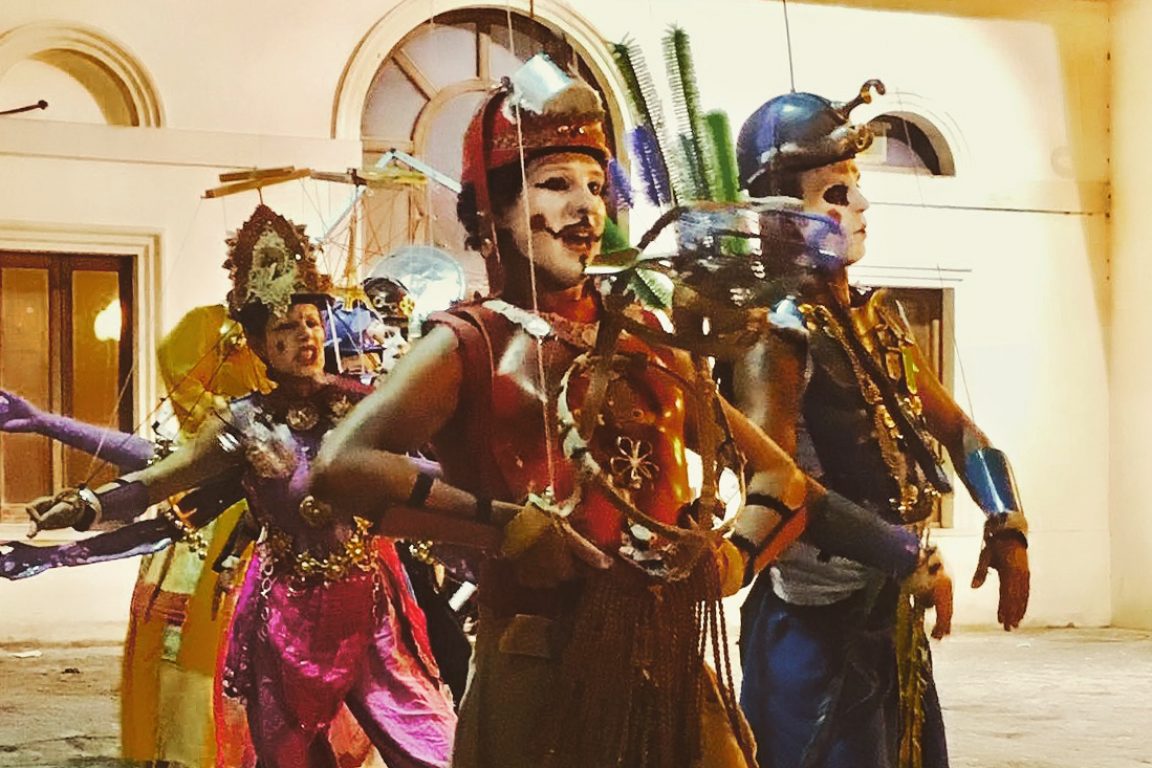 The first impression is that these knights
don’t really know what they want:
they chase for a bit, they duel for a little, they twist for a bit,
and they’re always about to change their mind
Italo Calvino, Orlando Furioso

Heroic feats, weapons, courtesies, art, love in a plastic world
Orlando is mad not because of love suffering, but due to the modern, consumerist insanity. The queen of plastic, a modern Circe, has turned her brave knights into living mannequins who pollute the town streets, from
cities to the sea and beach. A large mass of duelists out of the rails, a rabble of plastic warriors who have been punished and saved. Orlando, the loudmouth leader who moves dancing and singing, his cousin Astolfo, a
handsome English prince attracted by women, Bradamante, warrior in love with lost love, Marfisa proud queen of India, wandering horsewoman with feministic attitude, the Moorish Rodomonte, giant leader as fast as a train
and then Isabella, the faithful maiden who has lost her mind because of love, and the witches Alcina, Logistilla and Morgana, three sisters who fight among themselves but are forced to live in one body, the Worldman, the
queen’s bishop, who pollutes every step he takes. A band plays with them around the dangerous way of consumerism and madness. Just a child tries to redeem them followed by his leading animal, a winged hippogriff, and
wants to give back a chance to the earth where glaciers are melting and hearts are made of plastic.
A cheerful play for children and adults that, by crossing the town streets with songs and wit, spreads a very timely topic pointing the finger at the wild consumerism of current days.