What a tarantula eats 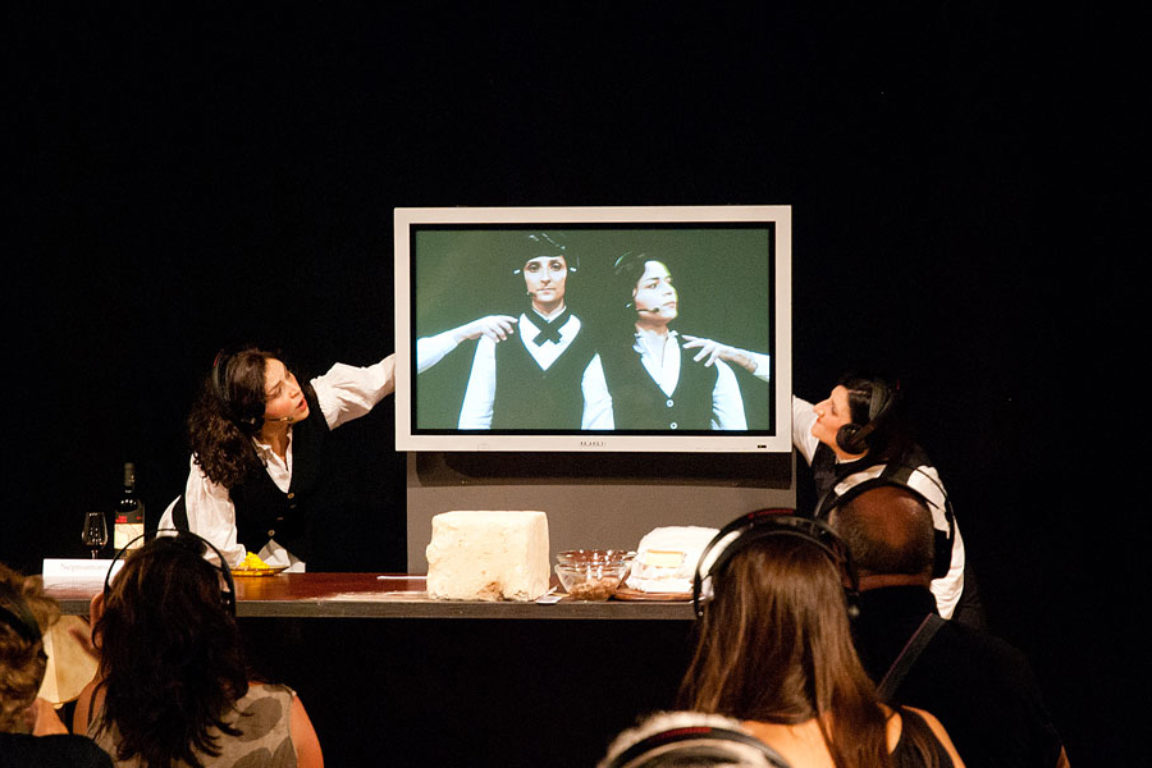 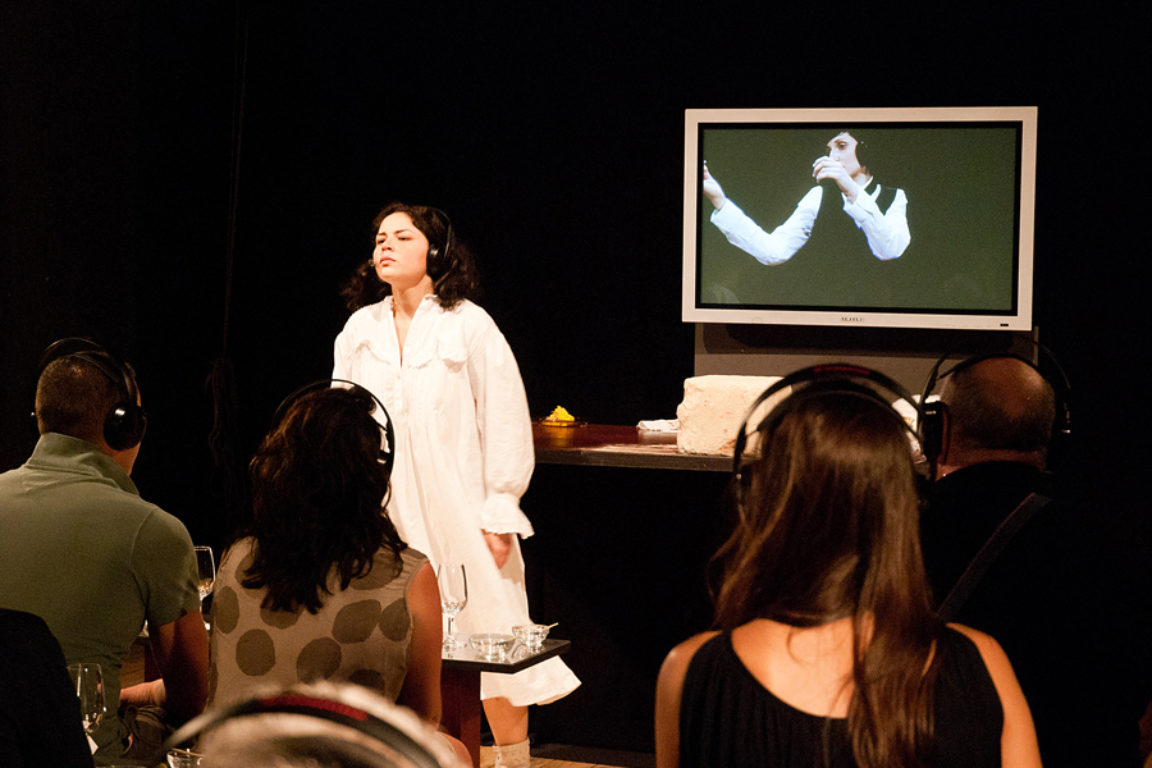 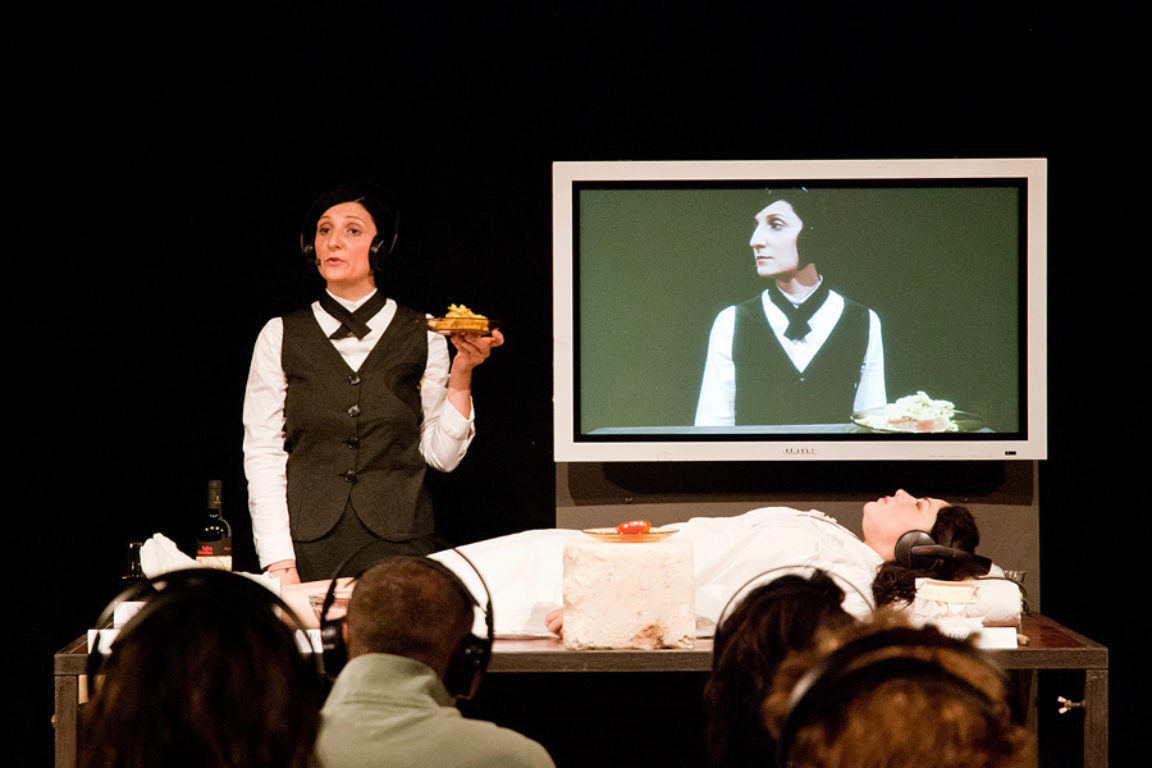 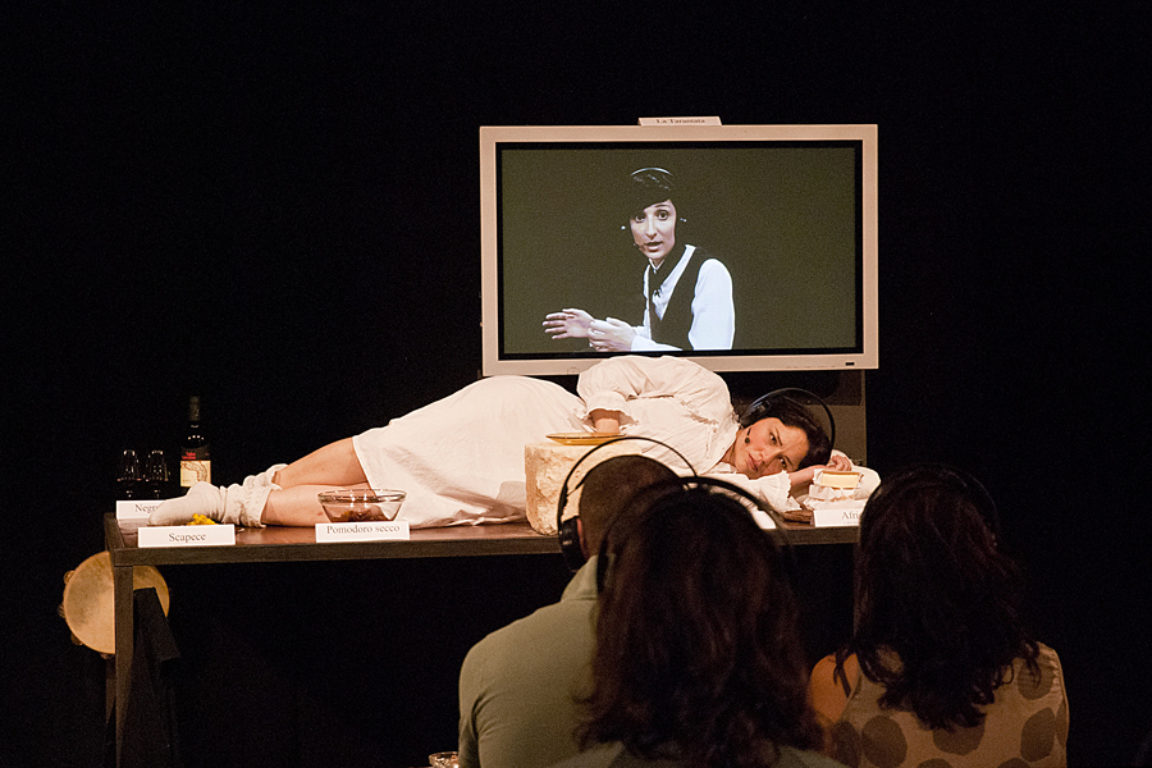 The scenery of the performance is made up of a series of tables for a food tasting. The actresses-waitresses guide the audience to discover the typical products of Salento. They mirror the culture (not just the material one) where they were born. Five produces from Salento are proposed (mùscari, scapèce, dried tomatoes, africani and negroamaro wine). Who doesn’t get the strong link between the produce of a zone and the earth belonging to that zone? The bitterness of lampascione, the strong taste of scapece, the sweet acidity of dried tomatoes, the harmony of negroamaro wine, give an original touch to the salentine cuisine. In this way the brightening light of Salento gets out, its typical stone of the baroque buildings, its geographical condition of very southern Italy and the pilgrimage of tarantolate, women bitten by spiders especially in summertime, when they worked in the countryside. That is culture and cultivation, knowledge and tasting linked together by a common breath supporting a land rich in tradition and future, the Salento.
The length of the performance is 25 minutes for a maximum of 30 people and it can be played maximum five times during the day.
The audience is received and isolated from the rest of the other people through headphones and is invited to discover through some typical dishes from the land of Salento, its tradition, its inhabitants, also thanks to the use of technology. A big plasma TV doubles the actors and the headphones immerse the listener in the rhythms and sounds of our South.